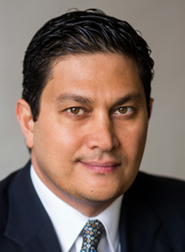 Mr. Bidari has been licensed to practice law in California and the United States District Court since 1998 after graduating with top honors and serving as Law Review Staff Writer and Law Review Managing Editor from the University of La Verne, Law School. After serving as in intern to the Honorable Shahla Sabet (Superior Court), Mr. Bidari started his legal career as a criminal defense lawyer. However, from 1999 to 2005, he served as counsel to the Department of Children Services where he prosecuted child abusers- focusing on child molest cases. Having conducted hundreds of trials involving severe physical abuse, sex molest and even death, he learnedly gained the knowledge of the rules of evidence, in depth trial- cross examination and preparation as well as the use of experts. In 2001, he was admitted into the National Association of Advocates of Children.Twice, Mr. Bidari was invited by, and spoke at, the National Institute of Juvenile Law on how to prosecute child molest cases and rehabilitate families. Mr. Bidari was also a guest lecturer at the Greater Inland Empire Municipal Attorneys’ Association on property law and “Negotiations and Settlement.” Mr. Bidari appeared before the California Court of Appeal (Fourth Division) on the legal briefs he drafted and presented. Chief Justice Ramirez lauded Mr. Bidari as “an attorney with both a brain and a heart.” In 2004, Mr. Bidari was cross deputized as a district attorney prosecuting land use violations and environmental hazards. Again having prosecuted tens of property law and land use law trials, he well learned property law, land use, zoning, permit and planning, building and safety as well as civil rights to property and property use. In 2007, he drafted three county-wide ordinances (laws) that were codified (made into law) which are currently enforced. These ordinances included an: 1) Anti-Gang Law; 2) Anti-Pollution Law; 3) as well as as Administrative Hearing ordinance which enabled his clients to use an administrative process in place of court- thus drastically reducing his clients’ court costs and attorney fees while increasing their chances of winning. Mr. Bidari routinely drafted and signed administrative and criminal search warrants- all of which were granted. Mr. Bidari was responsible for getting rid of the most notoriously dangerous gangs out of San Bernardino. From 2008 to 2014, he served as a civil defense litigator wherein he litigated several jury trials- all of which were favorable wins for his clients. Moreover, he successfully defended against multiple suits against by filing the appropriate (pre-trial) motions and documents– thus saving his clients the expense, risk and energy of going to trial. Mr. Bidari has represented judges, lawyers, elected officials, doctors, and business owners. Mr. Bidari taught Advanced Legal Writing and Research at the University of Riverside Extension. Several of Mr. Bidari’s legal articles are published (internationally) by Westlaw and Lexis Nexis (Legal Research Search Engines).